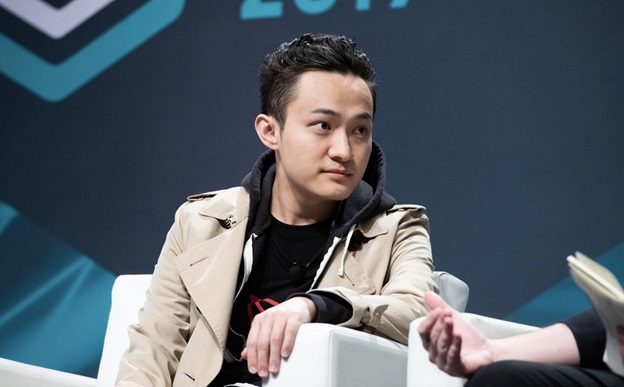 In December 2021, H.E. Justin Sun, the Founder of the Tron blockchain, officially stepped down as CEO of Tron and announced he was accepting a position as Ambassador and Permanent Representative of Grenada to the World Trade Organization. While the move from CEO of one of the leading smart contract platforms in the world to government ambassador may have surprised some in the crypto industry, for Sun it’s been a natural transition to furthering his goal of building support for a decentralized Web3.

Sun has used his position to demonstrate concrete use cases of blockchain technology in the Caribbean region and to advocate for the economic benefits of broader government adoption of blockchain infrastructure.

“It is a true honor to serve as the WTO ambassador for Grenada,” said Sun in a statement following his appointment. “I look forward to the opportunity to represent Grenada and work with WTO leadership to reinvigorate global trade in various ways, particularly the development of a robust digital economy internationally.”

The most recent step in building a digital economy in the region was Sun’s announcement that the Government of Dominica would adopt Tron as its national blockchain.

The partnership involves Tron providing a blockchain-based economic infrastructure for the Caribbean island nation of Dominica, including payment systems that accept Tron’s USDD stablecoin as legal tender. As a smart contract platform, Tron comes equipped with other potential applications for Dominica, including a non-fungible token marketplace and a decentralized file-sharing platform.

Dominica will also launch a national token, DMC, which will be accepted as legal tender and governed in the style of a fan token, with holders supporting awareness of Dominica’s natural and cultural heritage.

The token will also involve a digital ID, which could potentially be used for applications such as identification when traveling without a passport, registering for services, and digitally paying bills.

“The DMC token and the DMC digital ID project we are doing with the Dominica government can really become the future hub for Web3,” said Justin Sun in a recent interview on the partnership and its broader implications. “I always want to bridge the Web3 world with the real world,” Sun continued. “I really want to build infrastructure for Web3, but also for Dominica, and Grenada … to bring Web3 to those small island economies. It can really empower their economy and benefit local people.”

Sun explained that, while he admired El Salvador’s 2021 decision to accept bitcoin as legal tender, that project faced certain limitations due to the restricted applications of the bitcoin blockchain and bitcoins fluctuation in value.

By contrast, a smart contract platform like Tron can provide the groundwork to build a variety of applications, including payment systems. It can accommodate a variety of tokens rather than a single token such as bitcoin. Tron’s ability to handle the exchange of stablecoins like USDD, which is pegged to the U.S. dollar, can ensure that payments are made using a stable holder of value, essentially operating as a fiat currency would, but with the advantages of a decentralized infrastructure.

“The collaboration we are doing with so many current governments is focused on blockchain rather than crypto itself,” explained Sun.

Next Steps for Justin Sun and Blockchain in the Caribbean

Dominica is part of the Organization of Eastern Caribbean States, which consists of nine member countries, including Grenada, which Justin Sun represents. OECS members tend to adopt similar economic policies, and the Dominica partnership could be a signal of more blockchain-based development in the region in the future.

Dominica’s Virtual Asset Business Act, the legislation that enabled its partnership with Tron, is similar to legislation recently passed in other OECS countries St. Kitts and Nevis, Antigua, and Barbuda.

For Sun, the growing presence of blockchain use cases in the Caribbean represents the technology’s potential for more widespread adoption at an international scale.